After our experience with the 70 & Tal (The 70’s) series, under the creative eye of our director Rafael Mellin, we also revisited the stories, the surfboards and the characters from the most colorful and fun decade in Brazilian surfing history.

The 80’s brought about radical changes in the behavior of the pioneer surfers, who were braving beaches, surfboards, and customs in the 1970s. The shy and romantic surf wear market from the previous decade exploded with multicolored fashion, and the unprecedented worshipping of brands and athletes. Surfing as a sport grew. Associations were formed, prize money was given, worldwide championships were organized, and new career paths were forged. The specialized media took note of this transformation and assumed the role of spokesperson for an entire generation of youngsters who were hungry for novelty. 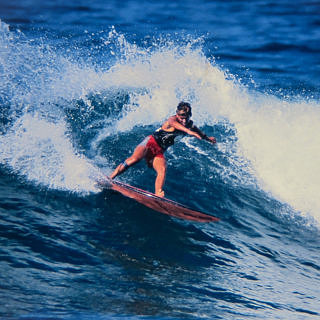 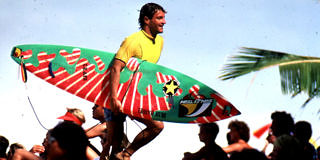 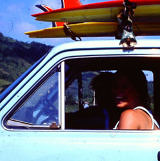 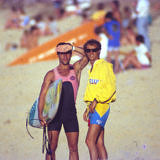 Ten years which transformed surfing into a radical sport, the surfer into a professional athlete and surf wear into a worldwide market. 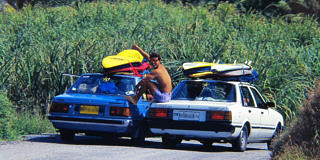 The recipe for surf, sex, drugs and rock’n roll prevalent in the 70’s had new ingredients added to it: surfing, extreme moves, competitiveness and lots of equipment; regarding sex, even more freedom and a palpable sensuality; in fashion, an unimaginable profusion of neon colors, asymmetric cuts and geometric shapes. To top off the recipe, the natural drugs and hallucinogens from the previous decades paved the way for synthetic drugs and various kinds of stimulants, crossing international borders and fuelling daytime and nighttime partying. Rock’n roll became faster, with fewer chords and much more noise. Songs and stories would spread from person to person via cassettes, and TV was inundated with very colorful and nonsensical music videos. 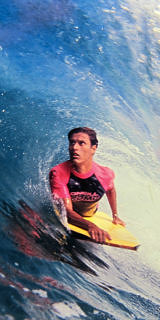 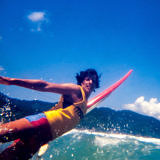 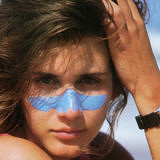 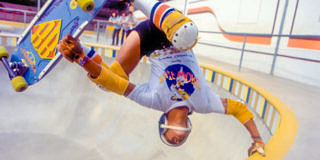 The 80’s were the most creative years in Brazil. 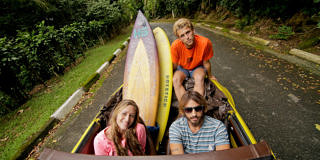 It was a radical change: hippies became yuppies or punks and rockers became metalheads. Way before the end of the decade, the romantic and revolutionary ideal of “peace and love” was substituted for excessive doses of fun, fashion, pop culture, success and plenty of partying. 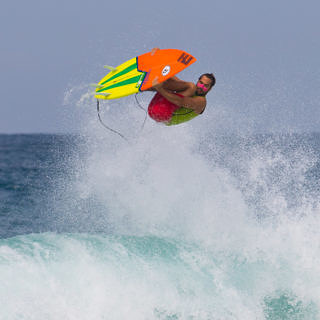 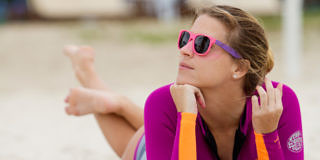 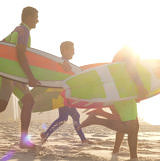 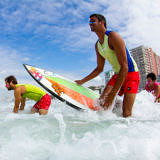 Would it be a Yago Dora without a Dada Figueiredo?