Vicunha is the largest brand in the textile industry in Latin America. For over 50 years, it has created and produced denim articles that impact millions of people around the world.

Based on a business strategy closer to the market, with a focus on innovation, the company plunged into a process of cultural evolution. It redefined its essence, defined new market attributes and positioning, and instrumentalized its team to create, manage, and innovate in an increasingly competitive market.

Communicating how denim contributes to creating trends, strengthening diversity, and expressing the style of each person, was the starting point for creating the “Jeans Identity” concept – the central idea and common cause that is born from this essence to inspire the entire creative process and all the expressions of Vicunha.

Our challenge was divided into two steps:

The first one consisted of materializing the strategic content of the brand, revealed by Thymus Upframing®, in its own language, capable of becoming a tool to give creative teams autonomy.

The second one put the Vicunha language into practice creatively and consistently in all pieces for the global launch campaign of the new collection.

The Upframing® methodology teaches us that the company’s raison d’être and the positive impact it seeks to cause in the world – its purpose – are capable of mobilizing its entire ecosystem, capturing hearts and minds – imaginations and ambitions – inside and outside the organization to raise the level of management and put into practice a Systemic Vision.

The language serves as a training tool, designed to create the best conditions for the materialization of the Vicunha Brand Strategy – its way of thinking and acting in the world – and its Value Proposition. The brand’s ethics are transformed into aesthetics.

Vicunha’s new visual and verbal languages were organized in systems and practical guidelines with naming, photography, art direction, use of colors, typography, logo, editorial lines, and tone of voice of the brand. 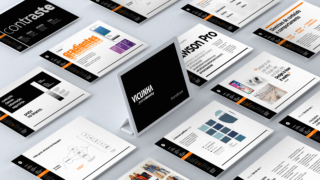 Transforming our product portfolio to make it accessible and intuitive has always been a challenge. 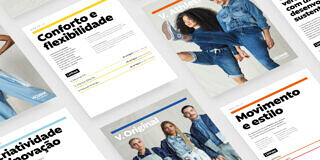 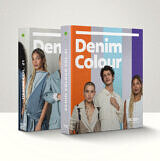 One of the most complex steps in this process was to dive into the brand’s product inventory and understand the meaning of its organization. We understand that technology (innovation) is the main reference for the creation of a nomenclature system, capable of identifying the evolution of the hundreds of product lines and variables that are involved in the making of fabric. 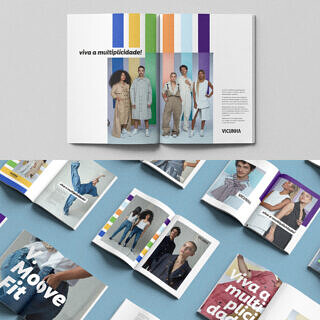 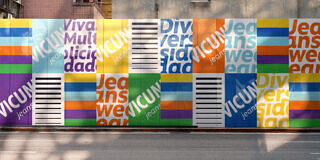 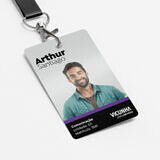 Graphic design was a fundamental tool to identify, organize, and create impact in the visual identity. With an intuitive and diverse color palette and a symbol system, we have restructured the entire product portfolio of the brand. It was this system that inspired the creation of the entire visual identity of the brand as well as the inaugural campaign. 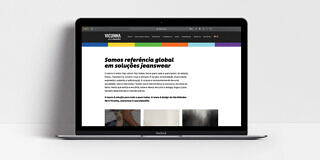 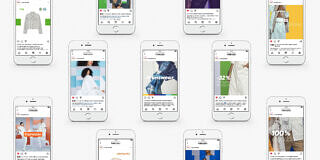 We need to create a clear and purposeful brand culture, capable of changing the internal and external relationships between people, in search of a better company for everyone. 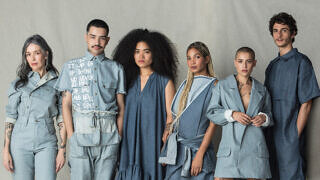 Denim is an important product in different societies and cultures.

It moves production networks and provides the affirmation of different identities and languages all around the world, reinventing itself year after year.

“One fabric, various styles, all identities” was the inspiration for the launch campaign of the new positioning and also for the spring/summer 2021 collection, revealing the unique and diverse identity of people who wear Vicunha, celebrated with the tagline: “Long live diversity!” 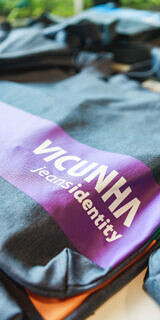 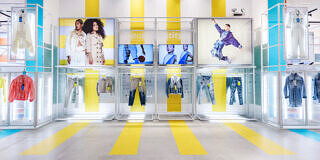 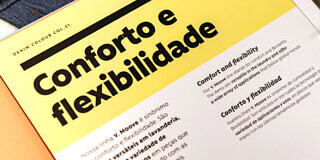 This campaign became the landmark of this new brand language and culture. In a week of immersion and diverse experiences, all Vicunha audiences were introduced to the Jeans Identity concept, through films, catalogs, a new website, signage materials, pieces for social networks, and various other materials, created and produced by the Grupo Sal team in partnership with Thymus Upframing®.